What is a search engine?

A search engine is an online tool that searches for results in its database based on the search query (keyword) submitted by the internet user. The results are usually websites that semantically match with the search query.

Search engines find the results in their database, sort them and make an ordered list of these results based on the search algorithm. This list is generally called the search engine results page (SERP).

There are many search engines on the market, while the most widely used is Google. Many website browsers such as Chrome, Firefox, Safari or Edge usually come with a default search engine set as a home page or starting page. 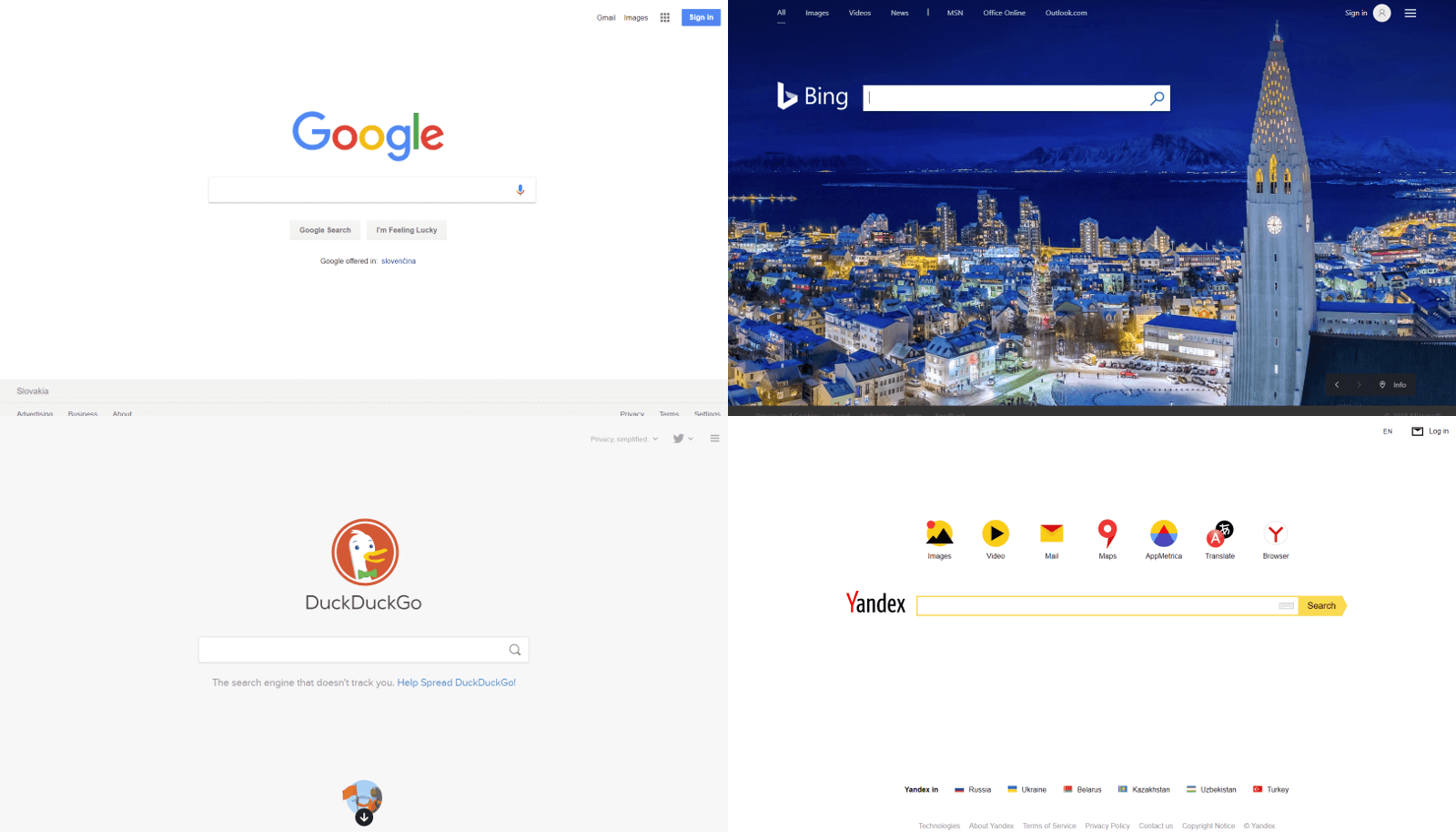 There may be some differences in how the search engines work but the fundamentals remain the same. Each of them has to do the following tasks:

Search engines have their own crawlers, small bots that scan websites on the world wide web. These little bots scan all sections, folders, subpages, content, everything they can find on the website.

Crawling is based on finding hypertext links that refer to other websites. By parsing these links, the bots are able to recursively find new sources to crawl.

Once the bots crawl the data, it’s time for indexing. The index is basically an online library of websites.

Your website has to be indexed in order to be displayed in the search engine results page. Keep in mind that indexing is a constant process. Crawlers come back to each website to detect new data.

Quick tip:
Quickly check all indexed pages of your website by using this search operator: “site:domain.com”

Search engines create the results once the user submits a search query. It’s a process of checking the query against all website records in the index. Based on the algorithm, the search engine picks the best results and creates an ordered list. 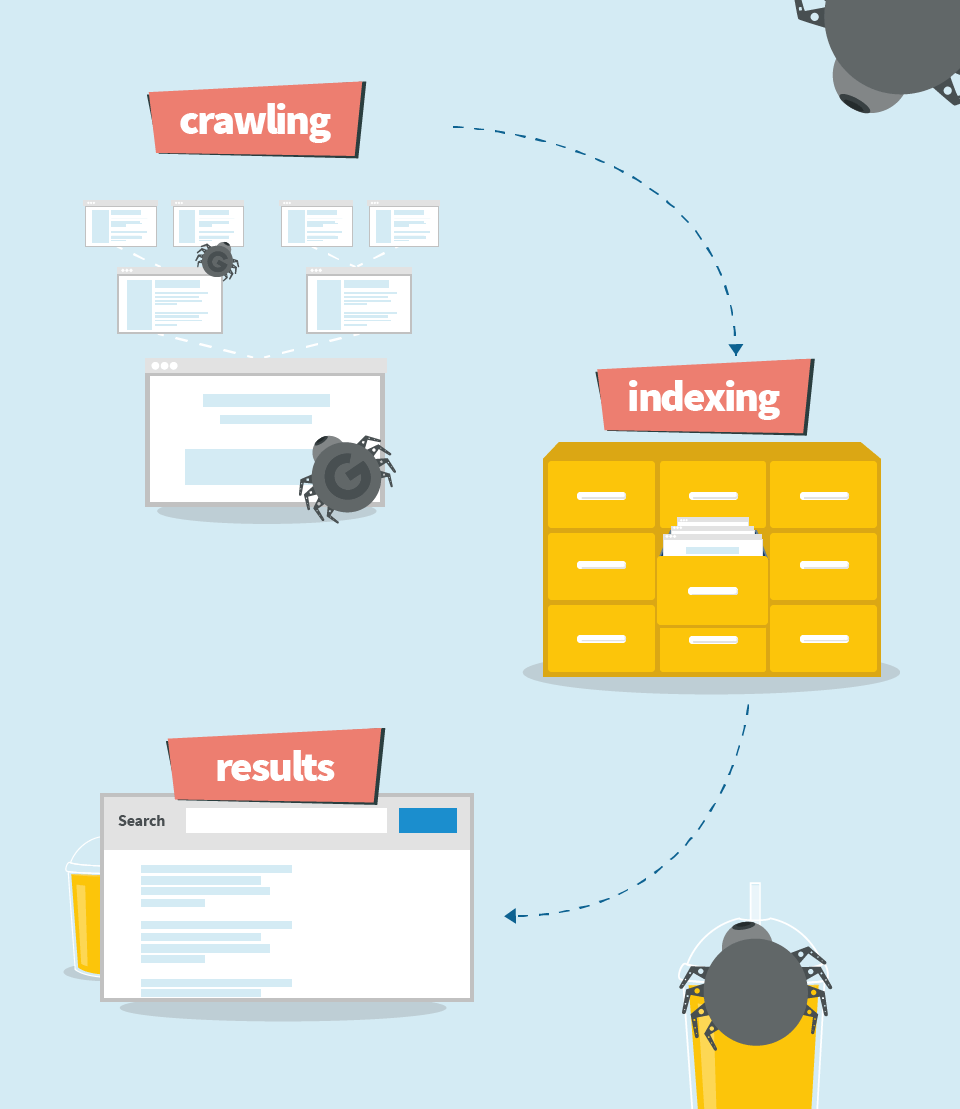 What is a search engine algorithm?

A search engine algorithm is a unique formula that determines how the websites are sorted in the search engine results page. It’s a trademark of each search engine, therefore, it’s kept secret.

The algorithm is a mixture of various ranking factors. You will find many articles dealing with the “real” Google ranking factors. The truth is that even when you know what the factors are, you don’t know their exact weights.

The most important ranking factor of all search engines should be the relevancy. The main goal of search engines is to find what the internet user is looking for.

When it comes to Google, the major ranking factors are:

Some of the other very important ranking factors are:

The most popular search engines

In terms of worldwide popularity, Google has been #1 for years. This is the list of top 10 most popular search engines:

Google is the giant in the industry and has probably the most sophisticated algorithm. It includes machine learning, AI and RankBrain, another algorithm that can tweak the weights of ranking factors according to user’s behavior and quality of previous results. More than 70% internet users worldwide do their searches on Google since 1998.

Baidu is the first search engine launched in China in 2000. It’s like Chinese Google. Baidu cooperates with companies such as Microsoft, Qualcomm, Intel or Daimler on various AI projects. Similarly to Google, they offer a lot of other solutions such as cloud services, maps, social networking, image and video search and many others.

Microsoft launched their search engine in 2009 as a new project after earlier search engines MSN Search and Windows Live Search. The main goal was to develop a competitor for Google. From the global point of view, it’s not really there but in the US, Bing is the 2nd most popular tool for the internet searches.

Originally, it was one of the most widely used email providers and search engines. The company grew significantly in the 1990s but after 2000, they somehow started lacking the innovation and lost their value. In 2017, Yahoo! was acquired by Verizon Communications.

Yandex Search is the major Russian search engine. According to Wikipedia, Yandex generates more than 50% of all searches in Russia. Though the algorithm is not as sophisticated as Google, it constantly gets better by integrating AI and machine learning that analyze searches and learn from them.

Ask (formerly Ask Jeeves) was launched in 1996. It was designed to answer questions submitted to the search form. Thanks to the Ask toolbar, this search engine was able to compete with big players such as Bing, Yahoo! and Google. Unfortunately, the toolbar was many times installed as an unwanted browser feature.

DuckDuckGo is a bit different search engine. They protect the users’ privacy by not tracking any information. DuckDuckGo doesn’t show personalized results based on your previous searches. Likewise, advertisers can’t follow the behavior of the users. On the other hand, you can launch ads via Bing since DuckDuckGo is their search partner together with Yahoo.

Naver is the Google of South Korea. This search engine covers around 75% of searches in the country. It was launched in 1999 and in 2000 it was able to pull out various types of results that match the entered keywords. The results included websites, images, blogs, restaurants, shops, etc. Google launched this feature 5 years later.

In the 1990’s, AOL was one of the biggest crawler-based search engines. As a company, AOL offers a lot of other services: email service, instant messenger, video content, yellow pages, city guides. The AOL Search is nowadays used by not more than 0.5% of the internet users.

Dogpile is a metasearch engine, so it creates the search engine results page by doing simultaneous search requests for the same query in other search engines, namely: Google, Yahoo!, Yandex and others. Dogpile was launched in 1995. 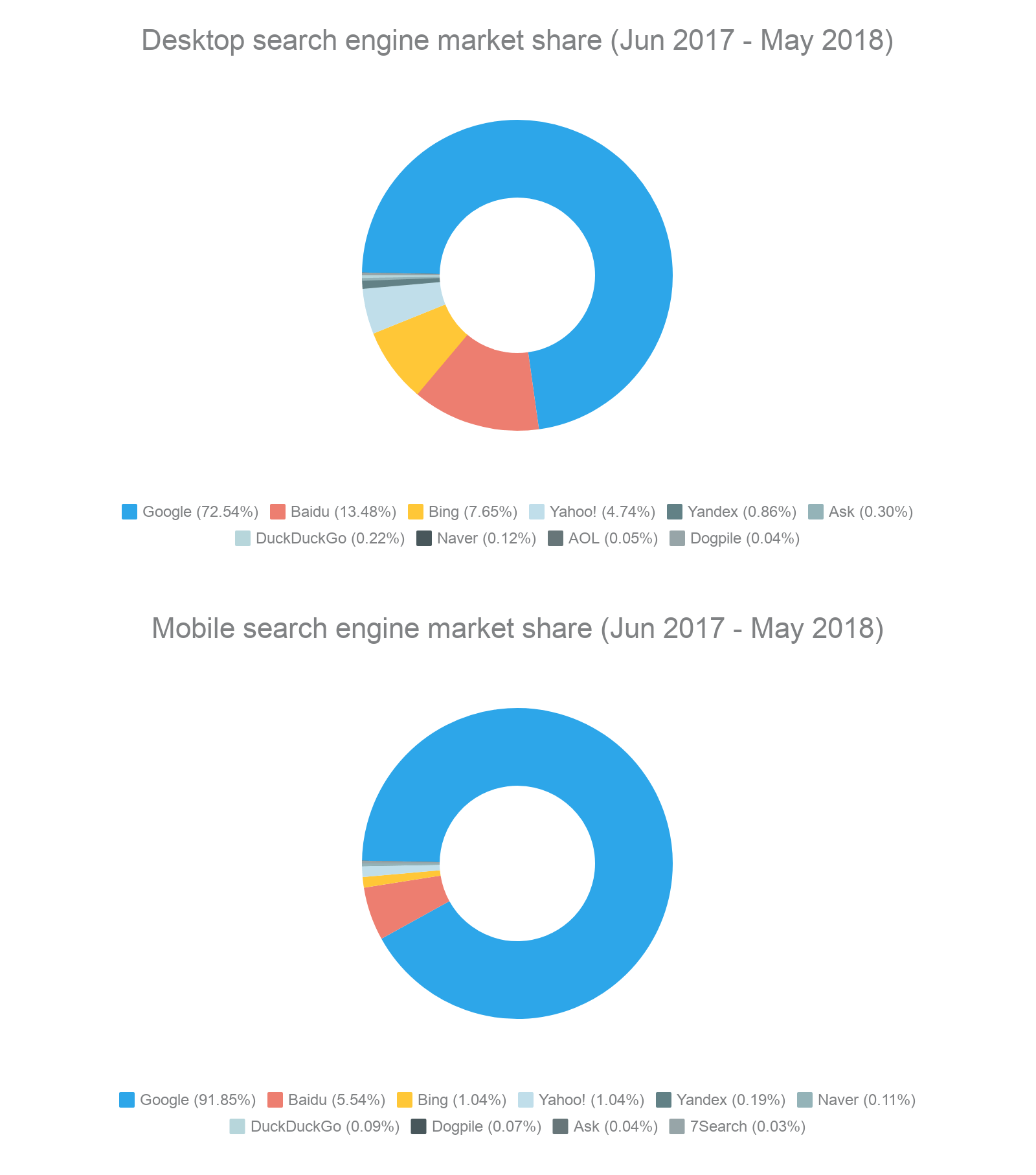